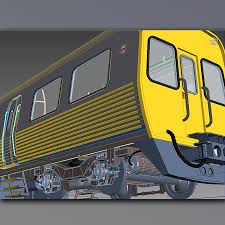 One issue we haven’t spoken about much in the past is the significant investment that freight railroads make each year in system maintenance and expansion. By way of example, BNSF Railway Company announced late in January that their capital investment plan for the current year includes $2.99 billion in costs. Much of this, approximately $2.41 billion was targeted to the maintenance of the system, including things like:

–          Track infrastructure such as ballast and rail ties

These efforts will include: “nearly 11,000 miles of track surfacing and/or undercutting work and the replacement of 428 miles of rail and approximately 2.6 million rail ties.”

Another $400 Million of the capital plan will be spent on system expansion and “efficiency” projects. Further, about $180 million is for rail freight cars and other equipment acquisition.

Since these costs are attributed to just one of the railroads that carry freight in North America, it is easy to see how significant the contribution is that is made by the overall industry contributes to our Nation’s economy and in maintaining the rail network that moves so much of our long-haul freight.

Our mission is to match each customer with a railcar solution that meets or exceeds its requirements, under the best terms available. Launch your custom search for railcars – go to our Buy, Sell or Store Railcars page and fill out the form.